What You Need to Know About Exercise Bands 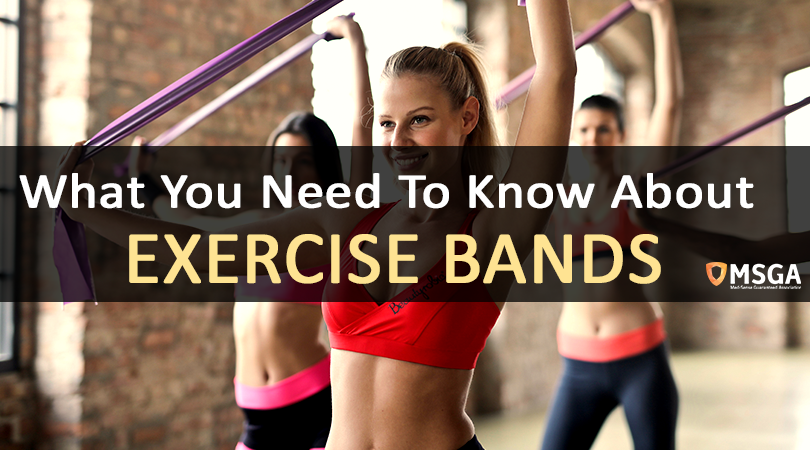 An exercise band, or resistance band, adds impedance to any pushing or pulling exercise designed to strengthen or tone a muscle. As the athlete stretches the band, the tension increases in both the band and the muscles. Several types of workouts involve the use of an exercise band.

How Does an Exercise Band Differ from Using Weights?

When utilizing an exercise band, users must move beyond their general understanding of the tool. They must learn how the band improves muscle performance in the concentric and eccentric phases, the sticking point, and end-of-range movement of an exercise.

Since exercise bands optimize strength training at any given point during the movement, the bands will improve the athlete’s ability to overcome the weakness.

Athletes use elastic bands to increase strength toward the end range of the movement, which is the portion of the exercise where the band provides the most substantial resistance.

Increase in resistance also increases the need for a stronger muscular response and higher production of energy. The result is a higher output of muscular strength over time.

The eccentric phase of a lift occurs when a muscle contracts while lengthening. For example, it is the downward motion of a bench press, biceps curl, or squat.

Before using exercise bands, athletes should engage in warm-up exercises or stretches for five to ten minutes. Warm-ups will prepare the muscles for resistance training and help athletes avoid injuries. All exercises should be executed with absolute precision and control. The user should maintain proper posture. With correct use, athletes should notice an improvement in performance by adding the exercise band to their arsenal of athletic equipment.