The Impossible Burger: What You Need To Know 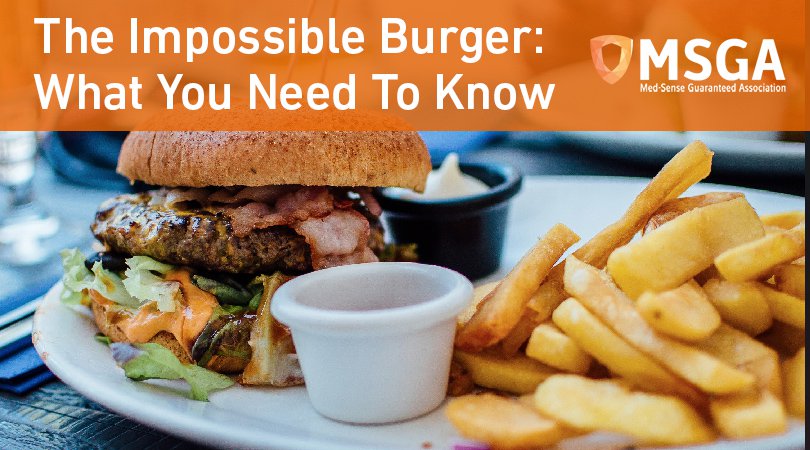 The brainchild of this new burger is Pat Brown who is the founder and CEO of Impossible Foods Inc. based out of Redwood City, California.  Brown, who has a PhD and has been a Professor Emeritus of Biochemistry at Stanford University for over 20 years, has been vegan since the early 1970’s.  Brown also got his Doctorate and undergraduate degrees from the University of Chicago in the late 1970’s and early 1980’s. Brown founded Impossible Foods Inc. in 2011 with an eye to change the game of food using his biochemist background.

The amazing part of the Impossible Burger is the fact that it resembles beef and even “bleeds” like real beef, yet there’s no beef in it whatsoever, this is due to its’ creation and the work behind it.  There have been attempts in the past to make a “veggie” type of burger and those have fallen short of the mark. Impossible Foods main rival, Beyond Meat has produced patties, crumbles, and sausage for manufacture, but they haven’t made quite the splash that Impossible Foods has made with its’ burger.

The biggest (and most controversial) part of the process in making the patty involves the production of leghemoglobin or heme.  Heme is the compound which gives ground beef its unique color and faint metallic taste nodes. The metallic taste is derived from the iron within the heme molecule.  If you think you’ve heard of heme before, you have, as its in your blood residing in proteins called hemoglobin. Instead of farming a gigantic amount of Soy roots to manufacture the heme needed, Impossible Foods has developed a way to manufacture heme in the lab by using genes that replicate the proteins found in Soy.  This created protein is then mixed in with a special yeast (Pichia Pastoris) which is fed with sugar and minerals to create the heme that is used in the burger.

This heme protein gives the patty the texture and qualities of real beef.  The beef replicant process is detailed, even down to the aroma which was replicated by isolating the compounds of actual aromas emanating from sizzling beef.  In 2014, the Impossible Burger was approved GRAS (Generally Recognized As Safe) status by the FDA. To some, it’s the ultimate burger for a vegan who wants the taste and experience of beef without crossing over to the dark side.  To others, it’s the ultimate Frankenstein creation of food alchemy gone awry.

Other companies are taking note of the success of this burger from Impossible Foods.  Major companies such as Burger King and Little Caesar’s Pizza are testing and using this new product in some of their new offerings to the public.  McDonald’s is working on a similar concept and are in the process of testing their vegetarian burgers in Germany. This isn’t McDonald’s first trip to the rodeo, they famously introduced the McLean Deluxe in 1991 which utilized carrageenan, a seaweed extract into their burger as a binder to help reduce fat by 9%.  The McLean Deluxe was not a success, but it did open the door for further investigation into ways to change food for the better.