Six of the Health Benefits of Cinnamon 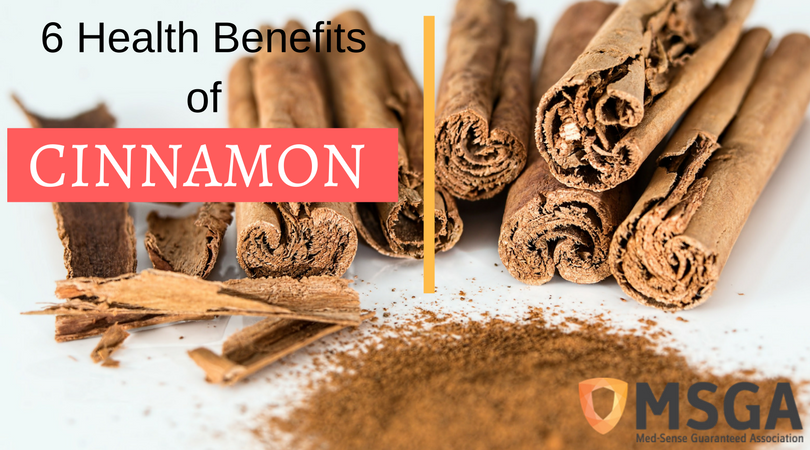 People have been using cinnamon for years. This is a powerful spice that gives food a unique flavor in everything from main courses to desserts; however, cinnamon also has a number of health benefits that people should take note of. For those who need a few extra reasons to put cinnamon to use, take a look at the plethora of health benefits it provides.

Cinnamon is an Anti-Inflammatory Spice

Cinnamon possesses a number of anti-inflammatory properties which are useful to those with these issues. This includes those with bone and joint pain and even individuals who simply feel sore after a workout. Inflammation is the body’s response to stress and can make people feel uncomfortable. It could even prevent them from engaging in the activities that they enjoy. Cinnamon can cut down on this inflammation, making them feel more comfortable.

Cinnamon is Loaded with Anti-Oxidants

Anti-oxidants have been popular in food culture recently and for good reason. Oxidants are the byproducts of many of the body’s metabolic pathways. If these build up, they can damage many of the body’s tissues and organs. Anti-oxidants are materials that used to help flush these toxins out of the body. Cinnamon happens to provide important assistance with this, helping to keep the body clean and in its natural state.

Cinnamon can Reduce the Risk of Heart Disease

Heart disease results from the buildup of materials such as triglycerides and cholesterols. There have been numerous studies that have demonstrated that cinnamon helps to reduce the body’s levels of LDL and triglycerides. When these levels fall, the risk of clot formation in the coronary arteries falls. This means that people’s risk of heart attacks drop as well. Therefore, cinnamon can reduce the clot formation and the risk of heart attacks.

Diabetes is one of the most pressing issues facing our healthcare system today. These patients often require insulin to keep their blood sugar levels stable. Cinnamon can not only help patients with their response to insulin but can even improve the body’s response to its own insulin production. This can help prevent the formation of diabetes and keep people’s blood sugar levels in check.

The effects of cinnamon on bacterial and viral infections have been explored as well. The main ingredient has been shown to fight tooth decay in the mouth, helping to prevent the formation of both cavities and other oral infections. Don’t be afraid to throw this spice on because it helps to keep the teeth healthy.

Most people understand that cinnamon has a powerful taste and odor. While this can make foods more interesting, it also helps to clean the mucus out of the respiratory tract, relieving congestion. This is a great way to provide a little boost to those who are fighting upper respiratory infections during the cold and flu season this year.