Can Coffee Drinkers Have Healthier Guts? 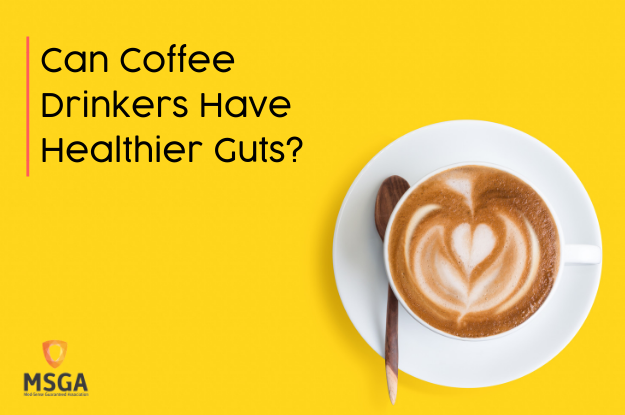 There are articles popping up every day about the health effects of drinking too much, or too little, coffee. Two researchers from the Baylor College of Medicine in Houston, Dr. Li Jiao and Dr. Shawn Gurwara, TX decided to tackle this issue with some solid research.

The researchers sought to examine the impact drinking high amounts of coffee has on colonic-gut microbiota. That is to say, they studied how a diet with a higher coffee consumption changes the makeup of intestinal bacteria.

Here’s what they found.

What are Healthy Gut Bacteria

Beneficial gut bacteria are a well established part of modern medical science. Unlike hostile bacteria, these microbes support our health. They are part of everything from digestion to our immune systems, mood, and more.

Drs. Jiao and Gurwara stated that supportive role of coffee in metabolic disorders has been well established and that they set out to see how the caffeine found in coffee could play a role. The researchers specifically looked at how coffee could change the colonic-gut microbiota.

To perform the study, the researchers recruited 34 participants and each were given comprehensive colonic health screenings to determine the health of their gut. Samples were taken and bacterial DNA and RNA were sequenced. Participants were also asked to fill out a survey about their diets and coffee intake.

How Coffee Plays a Role

Researchers found that participants who drank high amounts of coffee also had high levels of beneficial gut bacteria. What is more interesting, is that they also had lower levels of potential harmful bacteria.

While this correlation was found by the study, the researchers were unable to discover why this was the case.

Where Research Goes from Here

The study represents some solid findings in terms of how coffee can play a role in our digestive health. The fact that the researchers studied mucal bacteria in the gut lends the research more weight as most studies only look at fecal bacteria.

The study does have a few limitations that open up the field for more in-depth analysis. Due to the broad nature of the study, the researchers were unable to find out why or how coffee had this effect. Further work needs to be done that looks at both specific brands of coffee and different brewing methods.

The study also had a very limited scope. Only recruiting 34 participants, all of them males with healthy colons, limits the generalizability of the findings to a rather small group. More work is needed to see how coffee affects the colonic bacteria of a far wider range of people.

Drs. Jiao and Gurwara have opened up some exciting new possibilities for future researchers to look into the potential benefits of coffee on gut microbiota.