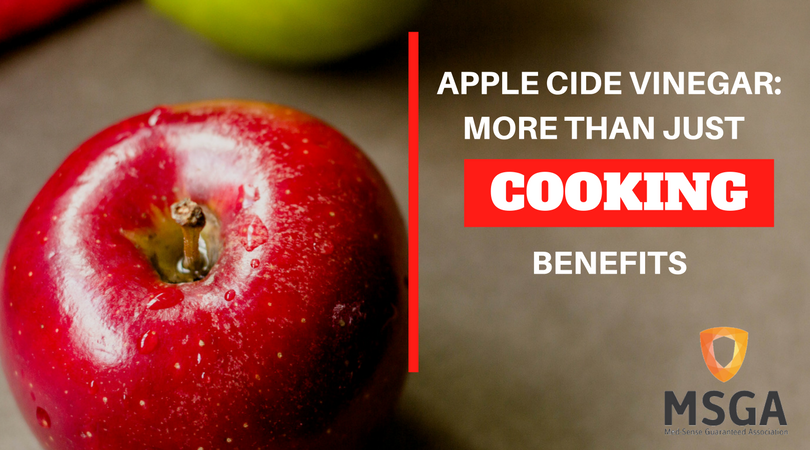 Apple cider vinegar is one of the ingredients that many people have on their shelves yet few people use on a regular basis; however, recently, this ingredient has gained some attention in the media that has increased its use in dishes. In addition to providing a unique flavor and a new twist on many classic meals, apple cider vinegar also has a number of notable health benefits that can help people improve their health. Just reading a few of these benefits should convince anyone to try and use apple cider vinegar more in their cooking.

Diabetes is one of the country’s most pressing health problems and has many chronic complications including blindness, kidney failure, and neuropathy. This medical condition develops when the body stops producing insulin or loses its ability to respond to insulin, depending on the type. Without insulin, blood sugar levels run wild and damage many of the body’s structures. Apple cider vinegar has been shown in numerous studies to improve the body’s insulin sensitivity, lower blood sugar levels, and reduce the blood sugar fasting times. Overall, Apple cider vinegar has the ability to play a major role in keeping the blood sugar levels balanced and can prevent the development of diabetes.

For decades, the number one cause of death has been heart disease. As the country continues to struggle in its battle with obesity, its position on the list seems to be set in stone for the foreseeable future. Cholesterol plays a major role in heart disease because it clogs up the body’s arteries, preventing the flow of oxygen to organs that require it, including the heart. Apple cider vinegar has been studied in a variety of different animal models and has shown to correlate with a decrease in cholesterol and triglyceride levels. When these levels are lowered, the risk of developing blood clots in the body’s key arteries are also reduced. While more research is on the horizon, the early results have been promising.

Clearly, Apple cider vinegar has a number of health benefits that deserve everyone’s consideration when cooking that next meal. Try to incorporate this ingredient into more dishes and see what other health benefits could be waiting on the other side.