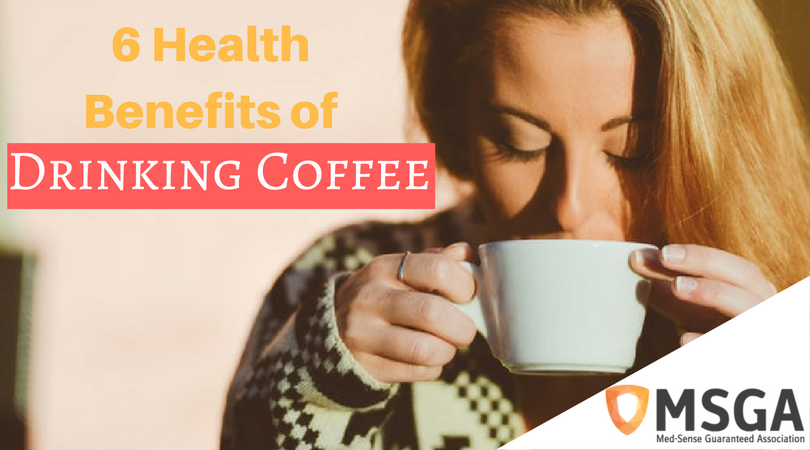 A research carried out by the University of Georgia found that a moderate dose of caffeine which is about two cups of coffee can reduce post workout muscle pain by up to 48%. It is worth noting that caffeine, the main ingredient in coffee, is one of the main ingredients in some pain relievers such as Anecin. In most cases most people who are new to working out take pain drugs such as aspirin but caffeine in coffee seems to be working better especially in those who do not consume coffee on a daily basis.

According to a study published in the European Journal of nutrition found that coffee drinkers have DNA that has stronger DNA compared to non-coffee drinkers. According to the study, drinking coffee decreases oxidative damage in the peripheral white blood cells (W.B.C.). Because of this coffee drinkers white blood cells have less instances of spontaneous DNA strand breakage. A coffee study in molecular nutrition and food research found that drinking coffee reduces natural breakage of DNA by a third.

A study conducted by Cornell University showed that a daily cup of coffee might prevent hypoxia-induced retinal degeneration. According to the study chlorogenic acid (CGA) also found in coffee reduced retinal cell death.

Cutaneous melanoma is the leading cause of skin cancer death in the USA. According to research coffee consumption might protect against non-melanoma skin cancers. According to the studies drinking a cup of coffee on a daily basis reduces the risk of melanoma by 20%.

Research shows that if black coffee is drunk in moderation it can actually stop tooth decay. Some Brazilian scientists found that there is a certain type of coffee that has anti-bacterial properties. The scientist found that coffee actively breaks down bacterial bio-films that causes plaques which is a leading cause of tooth decay.

Caffeine in coffee does not only offer a momentary mental boost, but it also has longer term effects on the brain. People over the age of 70 who occasionally took coffee scored higher on tests and they generally had higher mental ability. Studies also showed that coffee can slow the process of Alzheimer’s disease. Coffee intake can also starve off dementia.

For most people coffee has become a healthy part of their diet. Drinking coffee in moderation, two or three cups of coffee a day can have plenty of health benefits. With coffee moderation is essential to avoid the negative issues that have been associated with drinking too much caffeine.